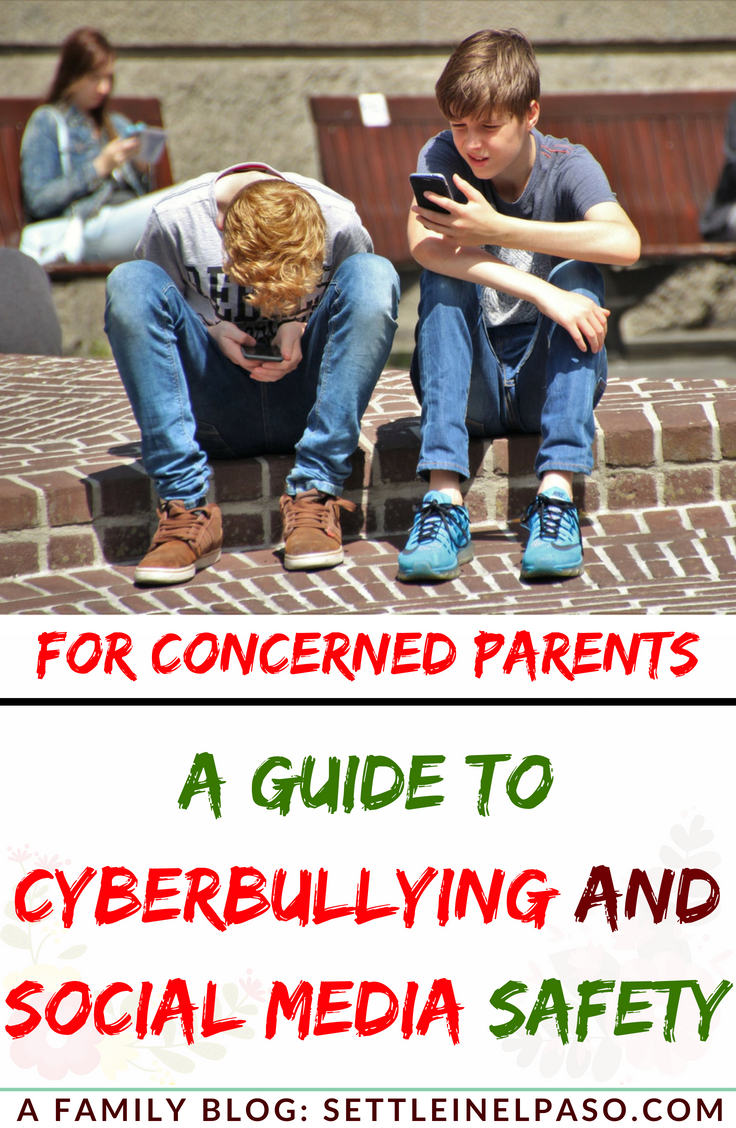 This is the second guest post Wendy Ross from Safer Tomorrows has written on our family blog. Wendy is a Chief Safety Officer who is passionate about raising safety awareness and helping people in all types of dangerous situations. This article speaks again for her passion.

A Guide to Cyberbullying and Social Media Safety for Concerned Parents

Cyberbullying is a serious and complex issue experienced by about 34 percent of students. For parents who grew up in the age of schoolyard bullying, Internet harassment might be a new phenomenon. Unlike traditional bullying, cyberbullying can occur at any time and anywhere.

It’s difficult to protect your child from this kind of harassment and mistreatment, particularly because offenders can easily remain anonymous and victims are often reluctant to report issues. Fortunately, there are ways that parents can spot cyberbullying issues and help kids overcome them.

Preventing cyberbullying is the best way to protect your child. Parents.com recommends keeping your computer in a common area of the home so you can monitor your child’s online usage. You should also get familiar with social media sites and know how to find your child’s profiles.

Talk to your kid about safe online practices and teach them to think before they take any actions online. For example, tell them not to write or send anything that they wouldn’t say to someone’s face. Emphasize that they should never send naked photos to anyone no matter how much they trust the person.

Spotting cyberbullying as early as possible will allow you to put an end to it before it gets out of hand. There are a few signs that can indicate your child is being bullied online. They may become more withdrawn or anti-social and might refuse to go to school. Victims of cyberbullying tend to avoid using their phones and go online less often than they used to. You may also notice that your kid seems anxious for no reason and has trouble sleeping.

Peer pressure on social media can encourage kids to get involved in unsafe behaviors such as using drugs and alcohol or participating in risky online challenges. According to Secure Teen, social media gives teens a fear of missing out, as they see pictures and videos of their peers partying and drinking alcohol. However, social media can also have a positive influence on your children.

Help your children follow positive role models and groups that are in line with your own morals. Monitor your child’s social media accounts and be aware of the people they are interacting with online. Keeping tabs on the people your child is following on social media will help you prevent them from being negatively influenced. Also, encourage your child to spend less time online by limiting cell phone or Internet use.

Talk with Your Child Openly About Bullying Online

Keeping an open discussion with your child about cyberbullying will help them understand the seriousness of it and make them more likely to speak out if they witness something or are victimized themselves. Bring up the topic by mentioning an incident reported in the news and asking your child what they think about. Let your child know that you’ll always be there to help them, even if they are partially at fault. Many kids are wary of reporting incidents to their parents because they’re afraid of what will happen if their parents intervene. Assure them that you will only intervene when necessary and that you just want to be there to offer help when they need it.

If you notice that your child is being bullied online, or they speak to you about it, be ready with the appropriate advice. Tell them not to reply to messages of harassment so that the bully doesn’t receive the encouraging reactions they’re looking for. Instead, make sure your kid blocks the bully from being able to send additional messages. Keep a record of the messages that your child receives so they can be used in any investigations that follow. Then, report the bullying to the social media sites and your child’s school. You should also report the harassment to law enforcement if it involves threats of violence, sexually explicit photos, stalking, or hate crime.

With the increasing reports of teen suicide in the news as a result of cyberbullying, it’s no wonder that parents are starting to seriously worry about their own children’s experiences online. However, the Internet is not always a terrible place. When approached with caution and used for positivity, the Internet can be a great place for kids to get social, strengthen friendships and learn from role models.