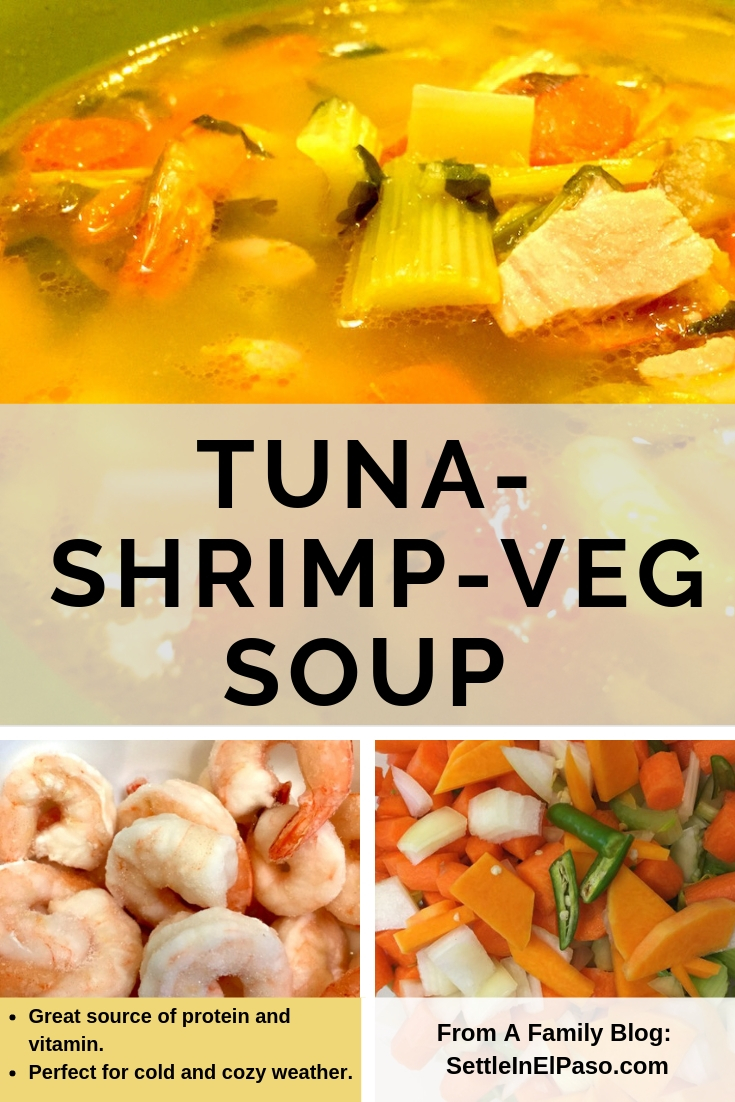 I love to cook. Dear Wife also loves to cook. Over time, her expertise has grown well in the dessert area while mine has extended in the main dish area. When we invite friends or colleagues at our place for dinner or a weekend-lunch, they cordially thank Dear Wife after the main dish. Guests realize something is wrong when Dear Wife starts beaming. Societal assumptions of females being in charge of cooking and males being in charge of consuming the food are becoming obsolete. Don’t you watch cooking TV shows? 🙂

Anyway, I am not going to discuss society here today. Rather, I will describe my dynamic recipe of Veggie-Tuna-Shrimp soup. The trick is in the words — dynamic recipe. The meaning of dynamic recipe is no actual recipe. It is a sort of apply-whatever-you-want within a reasonable choice recipe. However, you cannot call a soup Veggie-Tuna-Shrimp soup, unless there are at least vegetables, tuna fish, and shrimp in it. There you go. The main ingredients are vegetables, tuna fish, and shrimp.

Now, tuna fish is, you know, tuna fish. Shrimp is, as you know, shrimp… but the word vegetables is a bit vague. The dynamic part of the dynamic recipe relies a lot on the ingredient — vegetables. Whatever vegetables are available right at this moment in your stock should suffice. The soup in the pictures of this post contains (as far as I can recall): carrot, butternut squash, celery, onion, and tomatoes. I do not know if Thai Chili or Jalapeño is considered a vegetable. I used some Thai chili to make the soup a little hot. Jalapeño would do the same spicy-magic.

What spices did I use? This part is dynamic too. In my experience, no spices at all is fine for this soup. Sometimes I throw some ground black pepper. Paprika is good too. For a beautiful color, I sometimes mix one to two tablespoon of tomato ketchup with water and pour it on the soup in the middle of the cooking.

Of course, I must not forget salt. Kosher salt, pink salt, or regular sea-salt, any salt is fine. I generally do not use broth in this soup. If I decide to use a broth, I usually go with a vegetable broth. I am careful in giving additional salt if I use broth because the broth might already have some salt in it.

A very optional ingredient is the lime peel. Peel a little skin from fresh lime and chop it thinly. It gives a great lime flavor.

Another ingredient I like is cilantro. I through the chopped cilantro right before the cooking is complete. Or, apply the cilantro directly on the bowl right before serving. I generally do not use cilantro if I use the lime peel. 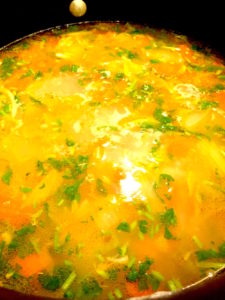 Then all I need is to wait. Depending on what vegetables I have added, it may take 15 minutes to half an hour. When I have plenty of time, I let the soup simmer for an hour. That makes the soup a little thicker and the vegetables melt inside the mouth like cotton candy. 🙂

Add the thinly chopped lime peel or the cilantro with the soup before serving. 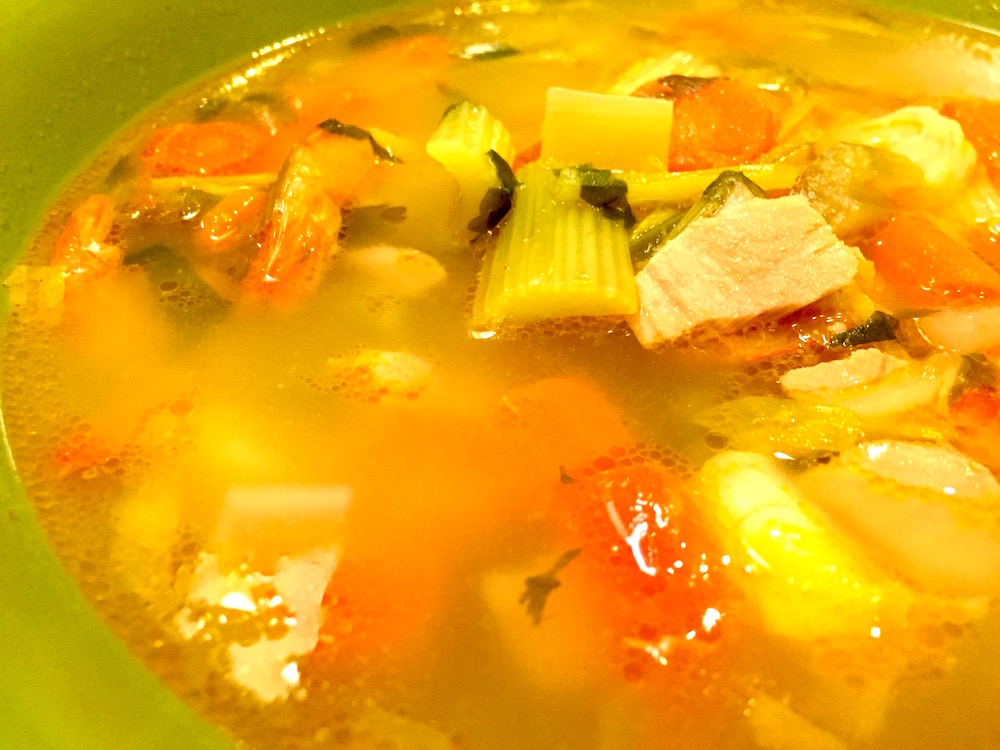 I heard somewhere, it is not the ingredients that make the food unforgettable; it is the love that makes the food memorable. This is why mother’s cooking is always the best. I very much hope and enjoy to do enough so that Dear Son remembers his father’s cooking.