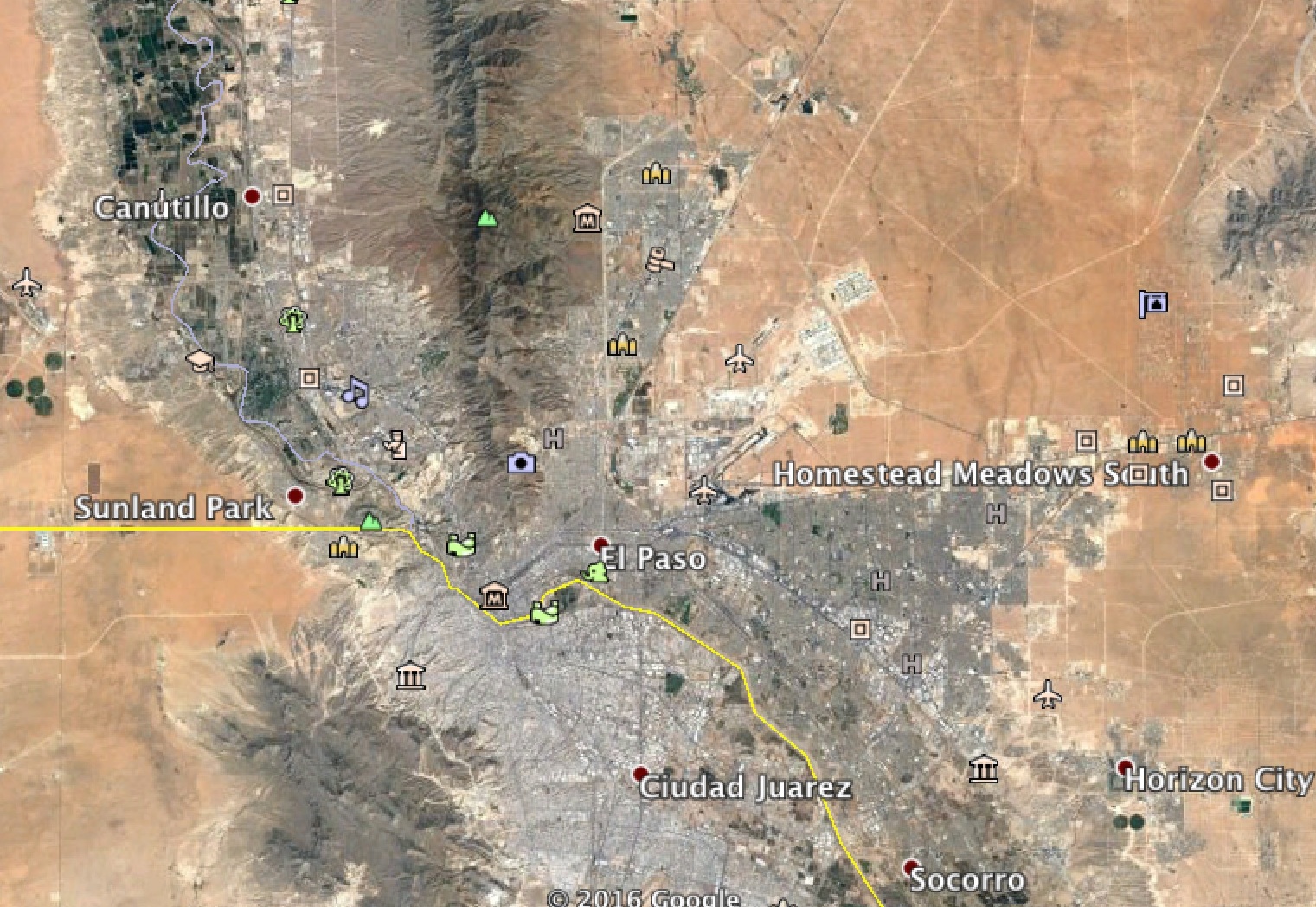 Update: An update to this article has been made on June 26 2017. A previous update was made on July 11 2016 based on feedback from a reader. Thanks to all our readers for their valuable comments and feedback.

We are planning on writing so many things that we are getting confused about what to write first. For example, we said in Reddit that we will write our stories on house shopping but we have not published much regarding house hunting yet. Before we start writing those stories, we feel that we should explain the geography of El Paso, TX first so that readers have a clear idea about the jargons we will use. Of course, every town has its own jargons!

Everyone, who has lived in El Paso even for for a day or two, must have heard about the east side and the west side terms. In my first year in El Paso, I got confused about which side was east and which side was west. I came up with two terms: industrial east (IE) and residential west (RW). IE and RW are not correct terms since both sides have residential areas and both sides have industries/business centers. However, they help me remember which side is what. Remembering this is not hard when we use Google Earth to figure out the source of this side conundrum through visual inspection. 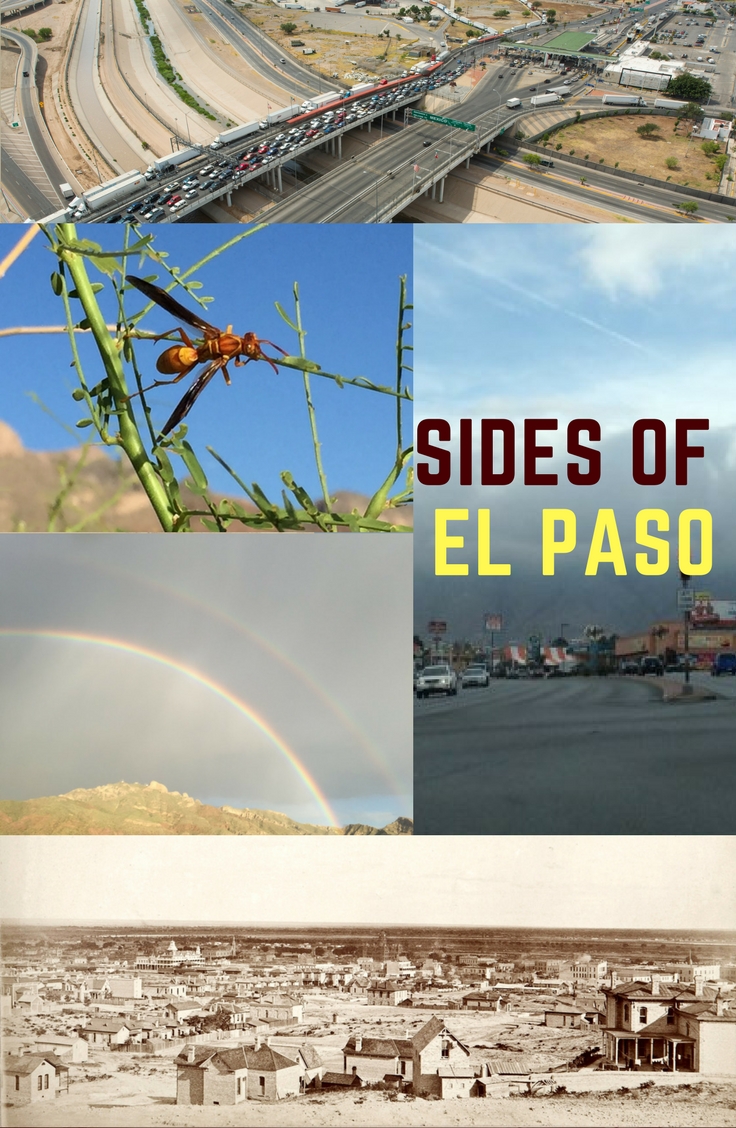 Slowly, we realized that, although Franklin Mountain divides El Paso into two parts on the map, the divisions and subdivisions are not as simple as East and West. There are more regions such as the Upper Valley, North East, Lower Valley, Downtown, Central and Fort Bliss. We have not yet done an extensive analysis on all the regions. We go to the Upper Valley time-to-time to drive by and get in touch with the green and humid weather. We sometimes go to the park near the Zach White Elementary School in the Upper Valley region to fly kites. Once you go to the Upper Valley, you will find that this region is blessed by the Rio Grande river. For quite some time we considered that the Upper Valley and Downtown regions are in the Westside. Actually, the Upper Valley is in further west of Westside. Downtown basically connects West and East. That is, it is in the south side of the North Franklin Mountain where the hills touch the land. Fort Bliss is in the East side of Franklin Mountains and a bit closer to the airport area. Fort Bliss is Army’s second-largest installation, as we all know. We still do not have an extensive knowledge about the details of the divisions and subdivisions in El Paso but we are providing a few links that will give an idea about Northeast, Lower Valley, and Central El Paso: Northeast, Lower Valley (also known as Ascarate), Central El Paso.

If you get a chance please visit the Ascarate Park. We visited this park a few years ago. The lake there is suitable for fishing and boating.

Update (July 12, 2016): We received multiple comments and feedback from readers of this post. We think we should acknowledge the following important comment here (received through Reddit) : “… the northeast is almost an entirely different section of town vs the east side… I would think y’all would know that if you live here. I feel that things are divided up pretty well by the major highway/road systems if you’re confused on how it’s split”. We have tried to address other comments by making some changes to the article a bit.

The sun rises in the east everywhere in the world, which is a fact. This indicates that the sun rises a little later in the west side of El Paso than the east side. Duh … sun rises late in any west land later than an east land. 🙂  The North Franklin Mountain blocks the sun in the west side for an hour on average in the morning. How long in the morning the mountain blocks the sun depends on how close you are to the mountain. Although the sun being blocked by the mountain for a bit sounds negative, you can imagine what a view is created by the sun rising from the mountains! We do not have a picture right now but someday we will take a picture of the sunrise from the west side and include it here.

If you are wondering in which side we live in, the answer is we live in the West side. Which side you will choose for your primary residence is a result of a complex decision making process that involves many parameters including location of employment, choice of school district, distance from school to workplace to primary residence, and the neighborhood of the primary residence. We collected as much information as we could from our friends and colleagues to study all the neighborhoods. Our neighborhood selection was driven by all the parameters mentioned above, information gathered from the internet as well as friends, and above all our observation about all the areas.

Regardless which side you live in, whatever subdivision you choose, the Franklin mountain will remain as sweet! We have provided a picture of the mountain taken on a cloudy day a few years ago. A white layer of fog was created over the mountain when the cloud hit it, leaving behind a heavenly scene for us. Nature does not care about the human-designated sides; the blessing is always for all.

5 thoughts on “Sides of El Paso”