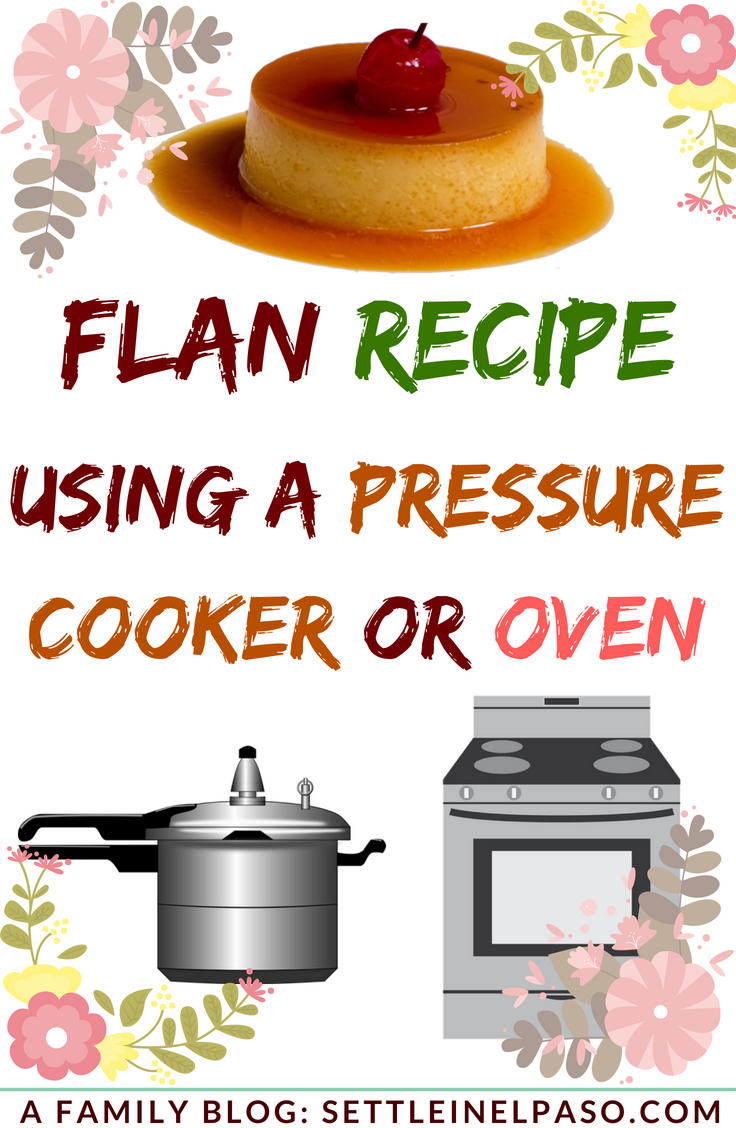 We have been making flan time to time for quite some years! While we have shared the recipe with friends in informal discussions, we never got a chance to write the ingredients and the process down until today! The pictures we have presented in this article were taken during the labor day break.

Flan can be made either using a pressure cooker or an oven. Our experience is that the outcome has higher probability of being smooth and solid with a pressure cooker. It is basically a recipe of Mexican flan. However, a few friends from India has informed us that the same flan was prepared by their grand moms and moms. The South Asian version of flan uses Cardamon instead of Vanilla extracts many of the times. In this article we are providing a recipe with the Cardamon flavor.

Put approximately 4tbsp sugar + 2tbsp water in a pot. Turn the heat up to medium high. Lower the heat to medium when the sugar water mixture starts to turn golden. Keep a close eye on the color of the caramel – we want it to be golden brown, not too dark brown. Please take extra caution while dealing with hot pots. Once it reaches the right color (which is subjective), quickly pour the thick caramel on the baking pot. We generally make our flan on an 8 inch pyrex bowl. Leave the bowl in the freezer to cool down. The caramel on pyrex may crack as it cools down; it’s fine.

Pour the evaporated milk in a cup. Crush the cardamoms by hand or by a knife. Put them in the cup of evaporated milk. As said earlier, vanilla essence can be used instead of cardamoms. Warm up the milk for 30 seconds in microwave. In a separate bowl, beat four eggs and half cup sugar. Pour the milk in this bowl and mix them up. We prefer using a fork, instead of a whisk or beater. The reason is that fork introduces lesser air bubbles in the liquid flan mix. Bubbles turn the flan spongy instead of making it tight smooth.

Straining the mixture and pouring it into the chilled caramel bowl

We have the liquid flan ready to be baked after straining the mixture. Make sure that the strainer is able to filter out the cardamon seeds. Cover the bowl with aluminium foil.

Baking can be done either using a pressure cooker or using an oven.

The ultimate final step is eating the flan. Let the cooker cool down a little, bring the bowl out, run a knife around the edge of the flan. Put the pyrex bowl with the flan in the refrigerator for an hour. After an hour, put a plate on top of the bowl and turn the bowl upside down. The flan is now on the plate. Cut it into pieces. Enjoy the dessert!